The world of grand touring has changed. Enter the new Continental GT. With its sleek lines carving a sharp path through the air, this phenomenal car heralds a new era of unrivaled power, exquisite craftsmanship, and cutting-edge automotive technology.

Bentley’s design team has completely reimagined the finest car in its class. Taking our hallmarks of power and refinement and pushing them further still, the new Continental GT redefines what a grand tourer can be. And inside the cabin, it looks and feels like a wholly new level of luxury. A stunning demonstration of Bentley’s unrivaled attention to detail, it delivers a true journey of discovery for the driver. Designed to delight every sense, this is a car to see, feel, hear and appreciate. In creating this Bentley Continental coupe, the designers and engineers have delivered everything you expect from Bentley – in a car that can transport four adults comfortably, with enough space for plenty of luggage. Designed and built at the Bentley factory in England, this is a car unlike any other. Consider it the definitive grand tourer.

Whatever your destination, the new Continental GT will take you there in unprecedented style. 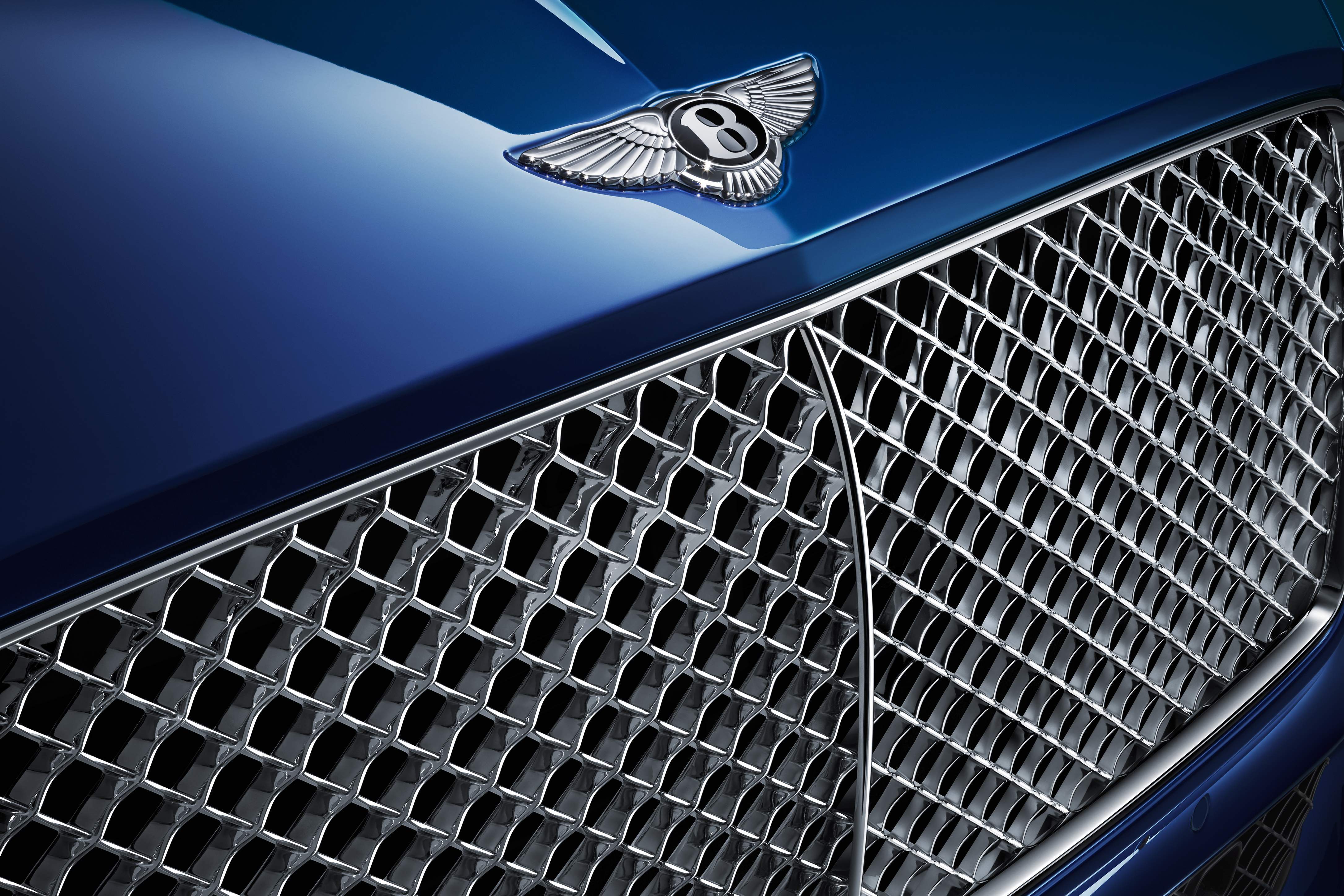 The new Continental GT has been designed to appeal to those seeking class-leading performance, handling and luxury. Light, agile, fast and economical, it delivers on every front. It’s very much the consummate Grand Tourer, and now features the state-of-the-art technology customers expect.

Based on an all-new platform, the new Continental GT is an aesthetic tour-de-force. Its muscular appearance is down to the use of ground-breaking Superforming technology, and this, when combined with the bigger wheels, the longer wheelbase, the greater prestige mass, the higher beltline, and the shorter front overhang, has resulted in a leaner, lower, wider looking car which has a greater dynamic presence and poise.

The design is more emotional to appeal to a younger audience, but there are still many trademark Bentley touches including the large headlights and Matrix Grille. While these may be subtle nods to the car’s lineage, the reality is that this is a design revolution, not an evolution, and the use of LED Matrix headlights and elliptical rear lights – both of which feature a cut-glass crystal effect – reinforce its position of being at the forefront of automotive innovation and design.

But this is also a car with the performance to match its striking good looks – the reworked 12-cylinder engine despatches the sprint to 100km/h in just 3.7 seconds, before eventually reaching a maximum velocity of 207 mph.

And it’s not just on the road where the new Continental GT excels – the interior design is all-new, modern and fresh, and you’ll notice that the ‘B wings’ now stretch right across to the doors. There is also a split veneer and a Côtes de Genève milled metal finish, both of which combine to create a cabin that feels more exclusive, more luxurious and more intricate.

A SENSE OF SPEED AND STATUS 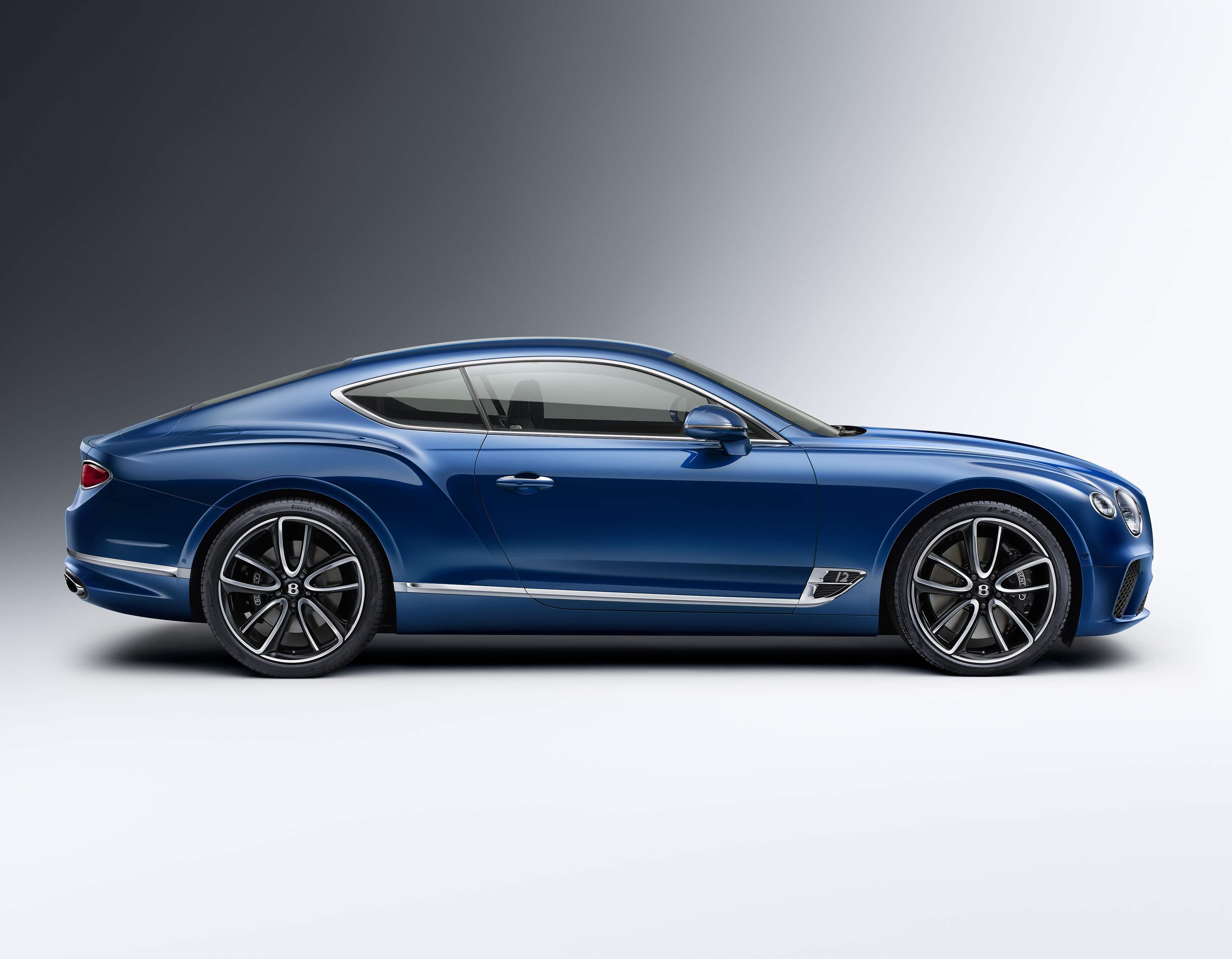 The new Continental GT features clean, superformed lines and a wide, low body, evoking a sense of speed and status. On unlocking the car, a pre-programmed sequence of exterior lighting welcomes you. To complement the car’s striking interior design, the interior mood lighting (fitted as standard) can be configured to your preference. With lighting strips created to accentuate the car’s key design lines, you can choose vibrant or muted settings in seven colors, as well as backlighting the treadplates in your chosen color.

The seats are minimalist in style, with a streamlined design that ensures they are as comfortable as they are elegant. Smooth centre panels maximize the effectiveness of heating, cooling, ventilation and massage functions, while handcrafted quilting adds detail to the bolsters and upper areas – parts of the seats that can be seen from outside the car. The seat memory selectors are located in the door pads, allowing you to select your preferred seating position with a flick of a switch before you even sit down. A satin chrome handle is used to tilt each rear seat forward and access the rear of the cabin, with an alternative ‘express’ switch, which moves the seat electrically instead.

The new Bentley Continental GT fuses classic grand tourer proportions with a completely new chassis and electrical architecture – one that has enabled the design team to create a car that is impressively long, low, wide and sleek. The result is a truly beautiful, agile grand tourer with unrivaled road presence.

Steel, aluminum and composite materials take their place alongside finely crafted woods and leather in a stunning example of automotive design – one that can be enhanced with a wealth of options. 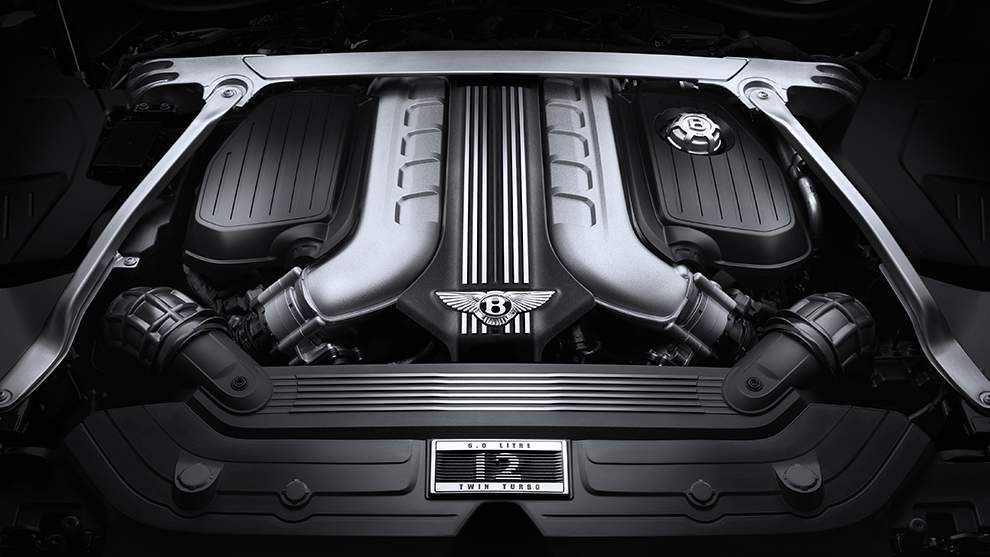 Four driving modes are accessible at the turn of a dial. Comfort optimizes the chassis and drivetrain for luxurious cruising, while Sport mode retunes the engine for a more dynamic response – with the variable exhaust valve adjusting the character of the exhaust note to match. The Bentley mode provides the optimum combination of Sport and Comfort, while a Custom mode allows you to configure your own settings for future use.

In the engine itself, high-pressure direct injection has been employed alongside port injection, allowing the engine to switch seamlessly between the two, depending on which is most efficient in any given situation. Along with a raft of fuel innovations, it ensures that emission levels are among the best in its class, while also maximizing range.